Please note this page is no longer being updated. Oldbury Power Station shut down in February 2012. 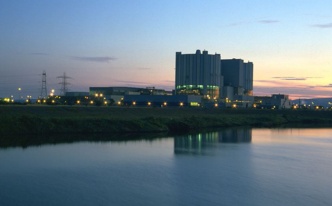 Oldbury Power Station was officially declared as being commissioned in 1968.

Building at the site began in 1961 and Oldbury was publicly opened by the former Labour MP Tony Benn on 10 June 1969, in his capacity as Secretary of State for Industry.

Oldbury’s reactor one first went critical on 18 September 1967 and on 9 November 1967 reactor one and turbine one generated the first spark of electricity.

On a typical day the station produced enough electricity to serve the combined populations of Bristol and Bath.

Site Director Joe Lamonby said: “Oldbury is now the longest serving nuclear power station in the country and has generated over 118 terawatt hours of electricity.

“The site has endeavoured to be a good neighbour to the local community – we have never had a nuclear safety event and are confident the station will continue to provide electricity safely until our planned closure date.

“Over the years the site has helped to support hundreds of community projects and we hope the fantastic relations we have with local residents and businesses alike will continue for many more years to come.” 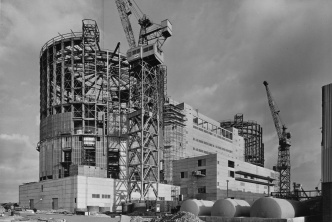 The site has welcomed a host of famous visitors, including the pop band Slade who recorded a performance for Top Of The Pops inside one of Oldbury’s reactors.

And in 1976 Tom Baker visited the site as Doctor Who when the reactors formed the backdrop for ‘The Hand Of Fear’ episode. The instalment will be remembered by fans as the last time the Doctor’s trusty assistant Sarah (played by Elisabeth Sladen) featured.

So successful was the filming that the BBC’s other sci-fi programme, Blakes 7, also used the site as a set.

Oldbury first featured in an episode filmed in 1977 called ‘Time Squad’ playing the role of The Federation Transceiver Complex. In 1978 the site fulfilled the role of Spaceworld in the ‘Redemption’ episode and was Q Base in the episode called ‘Killer’.

In addition the reactor charge face has been the board for the world Monopoly championship in 1977, and the site welcomed thousands of less well known visitors when it opened its doors for tours of the site.