Lost Memories of the River Severn 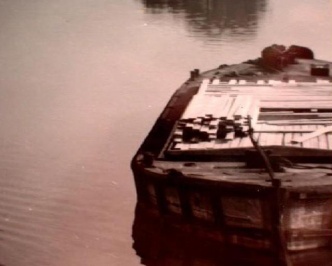 At the Society’s February meeting Paul Barnett spoke to a rapt audience about ‘the Purton Hulks’, a veritable fleet of vessels beached on the foreshore at Purton in Gloucestershire which offers a tantalising insight into Britain’s maritime heritage.

Today the site is the largest ships’ graveyard in Britain, with 81 hulks catalogued on the bank, of which 77 have been identified. This extraordinary site exists at the point where the Gloucester and Sharpness Canal runs close to the River Severn, separated from it only by a narrow spit of land. At the turn of the twentieth century the river’s high tidal range was rapidly eroding this bank: on one occasion as much as 60m vanished in one night. In 1909 the man tasked with curtailing the erosion, A. J. Cullis, sought redundant or semi-derelict barges from those working the river, and beached them on the bank to create a makeshift erosion barrier. Further vessels were added on a number of occasions throughout the twentieth century.

Some of the vessels beached on the foreshore at Purton are extremely rare, such as five of the six Stroudwater Barges known to still be in existence.

Also on the foreshore are eight ferrous concrete barges. Constructed during the Second World War, when steel was at a premium for military use, these vessels were constructed of concrete on a steel frame. They were intended for storing and transporting grain, but concrete is porous, so much of the grain held in them was rendered useless by the damp. They were also hard to steer, and the consequence of their shortcomings was that eight of the barges reinforced the makeshift barrier in 1963. These eight are built according to the “stemhead design” of which only 39 were ever made but which formed the blueprint for the components of the prefabricated Mulberry Harbour, which was instrumental in the Allied invasion of Normandy in 1944. 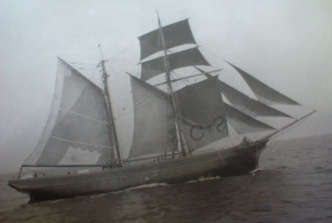 A range of different types of trow, representing the entire length of the Severn, can also be found at Purton, including the Monarch of Gloucester, the largest trow built on the River Severn. Also present on the foreshore are seven formerly-ocean-going schooners.

A number of the vessels have interesting stories of their own. The Severn Collier was owned by Cadbury’s and used, as its name suggests, for the transportation of coal. Children living alongside the canal, however, thought that it carried chocolate and would follow the barge in the hope of a handout. Eventually her Master (clearly desperate for a bit of peace) took to carrying a supply of chocolate on board, which he would scatter on the towpath to pacify the infant hordes.

Not long after the first vessels were run aground the site began to be looted for its high-quality timber. Sadly, despite the unique window on our maritime heritage afforded by the site, this still goes on today and the timbers are removed by souvenir-hunters or simply for firewood. Larger scale destruction is also a threat: many hulks were burnt to obtain the metal rivets used in the vessels’ construction and, on one occasion in 1987, a hulk was removed by a JCB; the perpetrators and their reasons remain unknown. Sometimes the destruction is no more than mindless vandalism.

Part of the problem is the lack of protection afforded to the site. The Friends of Purton was formed in 1999 to preserve and record what remains of the hulks and to lobby for greater protection for them. Further information can be found on their website: www.friendsofpurton.org.uk.

Why not visit the hulks and enjoy for yourself this unique window on the life of the River Severn in a bygone era – whilst you still can.