Stay safe in the kitchen 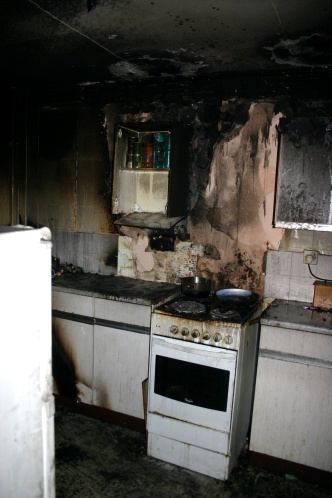 The kitchen is one of the most dangerous rooms in the house with plenty of hazards to cause accidents and injuries.

Around 70 percent of all domestic fires attended by Avon Fire & Rescue Service start in the kitchen and involve fat catching fire, whether in a chip pan or a dirty grill.

Avon Fire and Rescue Service has launched a campaign to remind people to take care when in the kitchen.

A moment’s distraction could lead to a serious fire and endanger life.

Tips on staying safe in the kitchen:

If a pan does catch fire:

Having a working smoke alarms fitted in your house could save your life, as it will act as an early warning sign if a fire does break out, allowing you to get out as soon as possible.

It is vital that batteries in smoke alarms are checked regularly and replaced when needed. Avon Fire & Rescue Service fits smoke alarms in properties for free.

More information and leaflets on any aspect of fire safety in your home are available from Avon Fire and Rescue on 0117 926 2061 or by visiting www.avonfire.gov.uk.